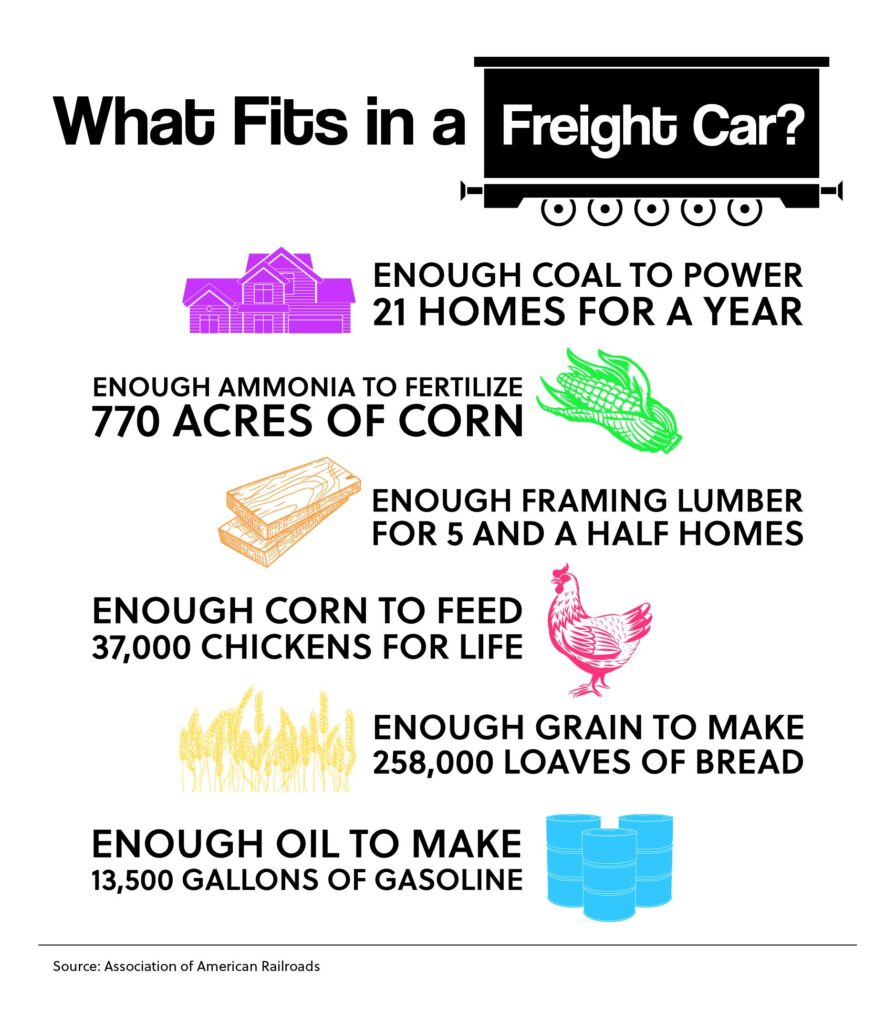 Negotiators are trying to stop a US-wide railroad strike . If a strike happens, the US supply chain could be in trouble. Also, passengers could be stranded. A strike could cost the economy $2 billion a day. That's according to one industry group. Engineers, conductors, and others are set to strike on Friday if no agreement is reached.

Under threat of the strike, Amtrak canceled passenger service on most of its long-distance routes, starting today.

The freight rail industry is worth $80 billion. It moves about 28% of US goods around the country. To make up for the missing trains, we would need 460,000 more trucks on the roads. That's according to the American Trucking Association. The US, though, is short 80,000 truck drivers. So the task would be impossible.

“A national rail strike would be an economic disaster,” the US Chamber of Commerce CEO  said. She asked the unions to reach a deal.

Ten unions are involved in the contract negotiations. Railroad companies are close to or have reached early agreements with the leaders of those unions. Members of one union, though, rejected its tentative agreement Wednesday. Unions representing engineers and conductors are also holding out. Their main complaint isn’t money. Rather, they're upset about their chaotic work schedules.

Question
The author uses the statistics about trucks in the third paragraph to _______. (Common Core RI.5.6; RI.6.6)
a. explain why a railroad strike would benefit the trucking industry
b. explain why trucks aren’t an effective substitute for trains in the US
c. demonstrate the importance of trucks for the US economy
d. predict that truckers would join rail workers in a strike
For more formative assessments, visit thejuicelearning.com to start a free trial.
View More Resources